German art had, after 1945, to be linked to the period before 1933 because the Nazi regime had systematically stifled any truly creative artistic activity. Already around 1933 most of the artists had fled abroad and did not return to Germany even after the war. The effects of this emigration were particularly felt in the field of architecture, since the reconstruction of German cities could not benefit from personalities such as Walter Gropius, Ludwig Mies van der Rohe, Bruno Taut, Erich Mendelsohn, Ludwig Hilberseimer and Marcel Breuer. But the loss was also very serious in the field of painting (W. Kandinskij, P. Klee, M. Beckmann, O. Kokoschka, L. Moholy-Nagy, L. Feininger, J. Itten, K. Schwitters, Germany Grosz, R. Nesch) and sculpture (N. Gabo, O. Freundlich). The recovery after 1945 therefore encountered considerable difficulties, which forced German artists to draw, more than usual, suggestions from foreign art and to assimilate certain stylistic concepts. The difficulties continue even if the anti-artistic attitude of National Socialism appears to have been overcome. In the German Democratic Republic, abstract art is still banned.

The legacy of that anti-artistic attitude, to whose persistence the division of Germany greatly contributes, is particularly sensitive in urban planning. In this area, in which radical measures should and could have been taken, both the legislative bodies and the municipal authorities failed to fulfill their task, although there were projects by eminent urban planners (Hans Scharoun, Erich Kühn, Hubert Hoffmann, Max Taut, Walter Schwagenscheidt). Only in individual cities have planned solutions been implemented, such as for example. in Hanover, where traffic problems have been largely solved thanks to the Hillebrecht initiative. Other cities tried to overcome the housing crisis by building satellite cities, mainly promoted by Ernst May, who returned to Germany after the emigration to Africa. The centers of Altona near Hamburg and Neue Vahr near Bremen were built by May, the latter in collaboration with architects Säume, Hafemann and HB Reichow. The architects Hermkes, H. Jäger, R. Lodders, Sander, Streb, Trautwein and Zess are responsible for a district of large housing units in Hamburg. Other residential centers, mostly with differentiated housing, have sprung up in Bremerhaven, Hanover, Bad Godesberg, Leverkusen and Hamburg. The Stalin-Allee complex in the eastern sector of Berlin, built by Erich Henselmann, is inspired by the Soviet neo-baroque. Experimental quarters arose in Hanover in 1951 (Construkta) and in Berlin in 1957 (Interbau), which, despite the considerable validity of individual results, remained inadequate from an urbanistic point of view. In recent years, Haupstadt Berlin (“Berlin capital”) including the eastern and western sector, which due to its international character has given important results.

Postwar German architecture only returned to an international level several years after the end of the war. It received a strong impulse from those older architects, such as Hans Scharoun, Wassili and Hans Luckhardt, Max Taut, Wilhelm Riphahn, Heinz Rasch, Otto Bartning and Rudolf Schwarz, who had not emigrated and who were able to ensure a certain continuity. The main object of the construction activity was naturally the residential houses and public buildings. While the various forms of residential buildings, from high-rise blocks of flats (Sobotka, O. Apel, Scharoun) to terraced houses (Hebebrand, Schlempp, Marschall, Hübotter and Romero, P. Seitz), up to the single-family house (Luckhardt , H. Deilmann, Eychmüller, Germany Wilhelm, H. Mäckler, P. Schneider-Esleben), refer back to the concepts developed between 1920 and 1930,

Excellent school buildings are due to P. Seitz, Germany Wilhelm, FW Kraemer and O. Apel. Among the buildings of public interest, the theaters of Münster (H. Deilmann, M. von Hausen, P. Rave, and W. Ruhnau), of Mannheim (G. Weber) and of Gelsenkirchen (W. Ruhnau, M. von Hausen and P. Rave); in the latter there was an integration between architecture and figurative arts, thanks to the collaboration of Yves Klein, Norbert Kricke, Jean Tinguély, Robert Adams and Paul Dierkes. Other notable achievements in large buildings are H. Deilmann’s nursing home in Bad Salzuflen, Blumberg’s handkerchief factory, E. Eiermann’s, W. Luckhardt’s Munich Pension Fund, and the vertical garage in Düsseldorf, by P. Schneider-Esleben.

The stylistic continuity was particularly maintained in industrial architecture and in the building of communications, which could develop relatively undisturbed even during the period of the dictatorship; this explains the results achieved, among others, by E. Eiermann, H. Rasch, F. Schupp, E. Lindner and E. Neufert.

Postwar German sculpture and plastics in general are also characterized primarily by the persistence of traditional forms. The older generation is still under the influence of Rodin and Maillol. The main masters of this expressionism developed from the Jugendstil they are Gerhard Marcks, Ewald Mataré, Ludwig Giess and Edwin Scharff. Even the following generation, of artists born between 1900 and 1910, that is the middle generation, continues this tradition; Kirchner, Kasper, Mettel, Fiedler, Stadler and Hiller, who devoted themselves mainly to bronzes, arrive at archaisms full of symbolic meaning. Karl Hartung, Bernhard Heiliger, Paul Dierkes and Kurt Ehlers, although belonging to the same generation, are looking for new expressive forms of the imagination, but they are mostly conditioned by the influence of international currents. Hans Uhlmann alone developed his own, very suggestive style from the working of steel between 1930 and 1940. Hermann Blumenthal, one of the greatest hopes of this generation, fell in the war. 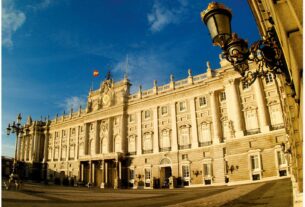 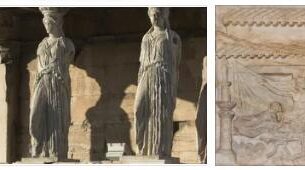 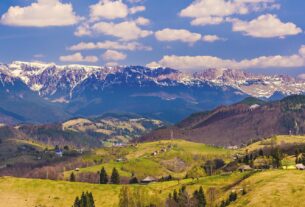