Aegean Islands. – In the Cyclades, the most explored center continues to be Delos, where the excavation of the Hellenistic districts continued with the finds of mosaics, frescoes, goldsmiths, etc. (house of the comedians, and of Furni, insula of jewels) and sanctuaries (Archegesion, Pythion, Portico dei tori, etc.). Particular attention was also paid to the prehistory of the island, now more clearly located in the context of the discoveries of the surrounding islands of Kea, Naxos, Paros, Antiparos, Thera, Amorgos, etc. In Andros a geometric village was found in Zagora, while the ancient center of Paleopolis revealed its Hellenistic period agora. Important documents of the plastics (reliefs of the Archilocheion) have been recovered in Paros. In the Dodecanese, in addition to the edition of old materials (necropolis and settlement of the late Bronze Age of Kos, sculptures of Kos and Rhodes), we should mention occasional finds in the city of Rhodes, whose regular urban layout is now clearer. Various excavation companies in the Sporades. Samo, in addition to important investigations in the most ancient phases of the Heraion and the edition of various classes of materials, it has offered new monuments of the ancient city, of which the aqueduct of Eupalino is also being carefully explored. In Chios, in addition to the study of the prehistoric center near the port and of the archaic city on the hill called “prophet Elia”, it is worth mentioning the excavation of Emporio, with a sanctuary of the archaic and classical period and filled with materials, precious for the chronology of local pottery. An extraordinary flowering from geometric to late antiquity has been found in Lesbos; there are two apsidal buildings from the 9th-8th century, further research in the pseudodiptero di Messa and in Mytilene the discovery of the theater and a house with peristyle and mosaics, inspired by scenes from Menandrean comedies (4th century AD). Of the northern islands we remember above all the intense excavation activity in Thasos, in the context of the city (agora, walls, theater) and various sanctuaries (Artemision, Athenaion, Dionysion, etc.) and, in Samothrace, of Kabirion, explored with regular campaigns in the series of buildings that from the 7th century to. C. come, through the anaktoron of the 5th a. C., to the group of Ptolemaic buildings from the first half of the 3rd century.

Northern Greece. – In Thessaly, in addition to the numerous prehistoric researches, there have been several discoveries of the classical and Roman period in Farsalo (Thesmophorion), Demetriade (Macedonian palace) and Nea Anchialo (spas and early Christian buildings). In Epirus we remember the excavation of the nekromanteion of Ephyra, near the mouths of the Acheron, in its Hellenistic aspect, the urban explorations of Kassope, one of the main cities of the region, built on prehistoric remains, at the beginning of the 4th century with hippodameus, and the continuation of research in the sanctuary of Zeus in Dodona, of which the buleuterion was brought to light, the most ancient phases of the sanctuary were reconstructed and the excavation of the theater was completed. In the Ionian islands the topographical study of ancient Kerkyra continued, of which a new archaic sanctuary was identified in the site of Mon Repos, while in Kefalonia prehistoric finds and some mosaics of the 2nd-3rd century AD are to be recorded. Christ. Numerous discoveries in Macedonia. They specify the characteristics of the local culture of the early Iron Age (Vergina necropolis), and above all the remarkable development of the region in the late classical and Hellenistic period.

According to Nexticle, the number of chamber tombs with an architectural elevation has increased, with first-rate examples for painted decoration (Naussa, Verria, Salonicco, Angisti, etc.), the appearance of the rich early Hellenistic dwellings with refined floors has recovered mosaics (Pella, Vergina) and new sanctuaries have been identified in Dion, Leptopetra, Kallithea. In Thessaloniki, research continued in the area of ​​Galerius’ palace and a large sector of the agora was discovered. On the outskirts of the city, necropolises with rich grave goods have been excavated, such as the complex of bronze and silver vases by Derveni.

In Thrace the prehistoric researches of Dikili Tash and Photolivos have been accompanied by excavations, especially in the centers of Filippi, Kavala, Abdera, Amphipolis and Maroneia.

From the new investigations on the ground and from the re-examination of the monumental tradition, numerous facts now stand out, with due importance, which update the reconstruction of the history of ancient art.

Architecture. – New monumental and urban structures contribute to a better knowledge of the geometric and orientalizing period. Among the most ancient documents of Templar architecture are now to be considered the primitive apsidal Daphnephoreion of Eretria, with a singular recently studied wooden elevation, a polygonal construction and a long hekatompedon apse of the same sanctuary: works of the 8th century that are placed side by side with structures, still scarce, of other centers such as Perachora, Thermon and above all the more ancient structures of the Heraion of Samo and Argos. 700 a. C. is also the primitive temple of Poseidon in Isthmia. Geometric period neighborhoods are now known from Cretan (Festos) and island (Zagora of Andros, Lefkandi in Euboea) excavations. The documentation increases considerably for the archaic period, especially in the context of the large sanctuaries where recent studies aim at specifying the way in which monumental complexes were formed. Similarly, the genesis of the political center of the agora and of the urban organization around it was studied in the city. In particular, new archaic phases have been attested in the sanctuaries of Olympia (Heraion), Aegina (entablature of a temple prior to the late Archaic one of Aphaia), Naxos, Eretria, Chalcis, Basse, Delphi and Delos. Already in this period the differences between different cultural centers are revealed, which will still be evident in the classical and late classical periods.

In these periods, in addition to the discovery of new monuments of singular typology and interest such as the ergasterion of Phidias in Olympia, and of new sanctuaries complexes in Brauron in Attica, in Dodona in Epirus, extensive revisions and syntheses took place, such as that by Greece Roux on the architecture of the Peloponnese, research on single masters and school traditions, especially on Athenian architects, in-depth analysis of genesis problems and type formations (theaters, stoai, gymnasiums, spas, etc.), as well as extensive summaries on building techniques. But particularly notable contributions, also for the possible reflections on the Roman world, are to be remembered in the Hellenistic period: the “palatial” architectures of Vergina, Pella, Eretria, the “Macedonian” funerary architecture, the discovery of new Hellenistic quarters in Delos, of the sanctuaries of Samothrace and of Messene (to limit the examples) represent, with the Athenian monuments of the same period, essential points of reference. 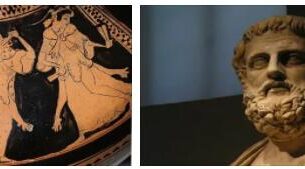 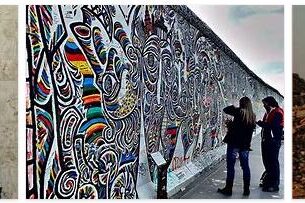