Sweden’s prehistory is regarded as the time from the first people came to the country and up to the Viking age.

The oldest traces of human activity in Sweden are from the late Paleolithic site of Segebro outside Malmö in Skåne. The finds are 11,000-12,000 years old. The archaeological material consists of a few types of tools made of flint, including scrapers and arrow tips. Similar discoveries have been made in Denmark and Schleswig-Holstein, and in Denmark such discoveries are named after the Bromme discovery site. The Hensbacka culture, which is closely related to Norwegian Fosna culture, is somewhat younger. Maglemose culture is also represented in southern Sweden.

The oldest burial site known from Sweden is from Bäckaskog in northeastern Skåne and contained a well-preserved skeleton of a woman and tools of the Maglemose type. The younger Lihult culture from Bohuslän, Västergötland and Dalsland is closely related to Eastern Norwegian Nøstvetkultur.

In the younger Stone Age (Neolithic), the culture of funnel brewing established itself in southern and central Sweden around 4000 BC. Numerous findings testify that arable farming and livestock farming were now part of the business world. Thin-nosed flint axes were important tools for clearing forests into fields and pastures. Soon the custom was to build large stone memorials – so-called megalithic tombs – into the entrance (see nozzle and trench). This tomb shows cultural contact with areas further south and west in Europe.

However, outside the Bohuslän, Halland, Skåne and central Västergötland areas, there are no traces of farmers, however, there were groups that continued to catch and fish. A certain degree of cultural mixing also took place, and findings from the so-called pit ceramic groups testify that the trainees have learned the art of making ceramics and have also added some curd.

From around 2800 BC the boat culture is felt. This is a branch of the so-called snor ceramic cultural group which was widely used in Northern, Central and Eastern Europe. Fine-shaped, ground axes are a hallmark of these people groups. Most finds are from graves. Settlements, on the other hand, are rare. From Late Neolithic time, large coffins have been found built of stone slabs. These may have contained several burials. Flints and daggers of flint represent characteristic tools. Also, stone shaft holes were common.

The Bronze Age in Sweden dates back to around 1700 BC The oldest bronze objects indicate contact with the Aunjetitz culture. The Bronze Age is the time for powerful tombs. Large rubble was built over the graves, and the dead often received a rich burial ground. Such graves testify to the stratification of society; only the socially higher strata have received such burial. Most Bronze Age finds are derived from graves or depositories. However, in recent years, settlements have also been found. As a rule, only postholes show that people during this period have lived in long houses.

At Hallunda near Stockholm, traces of houses have been found where bronze production has been conducted. The bronze objects have been of a high technical and artistic standard, and southern Scandinavia has constituted a relatively unified cultural area – which is evident both in tomb customs, in material culture and in the carvings.

Outside the farming communities, hunter and fishing groups were still alive. However, these have been influenced by South Scandinavian Bronze Age culture. This is evident in the burial customs, among other things. In Ångermanland, for example, numerous burial mounds have been recorded along the old coastline. In addition, castings for bronze objects have been found in settlements that have belonged to trapping people. Probably also some of the catchers in Norrland have taken up some cowardice in their traditional acquisition.

The transition to the Iron Age

The transition to the Iron Age in Sweden has probably occurred gradually. The oldest finds of iron or ironmaking date back to around 700 BC The archaeological material from the pre-Roman Iron Age is less rich than from the previous period. From the middle of the pre-Roman Iron Age, previously no tombs with dated objects had been found. However, the C-14 method now makes it possible to date fire graves with bare bones and ashes. Such dating shows that many burial fields have been in continuous use throughout the period.

During Roman times (BC – 400 AD), unburned burial customs were re-established, and the burial goods became richer. Import items from the Roman Empire leave their mark on the discovery material. It testifies to the circulation of goods and profits in certain strata of society. In Sweden about 6,000 denarii (Roman coins) have been found – most of them in Gotland. The largest discovery comprises a total of around 1500 denarii and is from Sindarve on Gotland. Coin and tax findings, by the way, indicate organized trade, but also tell of troubled times. Most tax finds are from younger Roman times.

Victims’ findings are also represented during this period. The sheath moss on Öland is a parallel to the Danish moss finds. During Roman times, many crafts reached a greater degree of perfection. In the jewelry making, for example, the filigree technique was extensively used.

The migration period (400-550) is a relatively poor time in Sweden. An exception forms Jämtland and Medelpad. From here come a number of rich grave finds. However, both burial customs and object types testify that these areas have been more closely linked to Western Norway than to southern Sweden. In southern Sweden, the mounds at Gamla Uppsala, Uppsala heaps, contrast with the “poor” tomb custom. Tradition puts these mounds in connection with the burial of kings by the Ynglinge family. The picture stones on Gotland form a distinctive discovery group. The stones that have been erected above tombs are often marked with mythological scenes. The Helgö find in Mälaren shows a busy marketplace. Import pieces from the East are found here. Remains of forges and workshops for jewelry production have also been excavated.

Vendel Period (550-800) has been named after the rich tomb findings on båtgravfeltet Vendel in Uppland. Gotland also has rich discoveries from this period. Turnaround time is, on the whole, an expansion time in Sweden. Lively contacts were established between the areas around the Baltic Sea. Svear and Gotlanders have since the 600s started to take an interest in the areas further east, some field with Scandinavian tombs in Latvia is proof of. 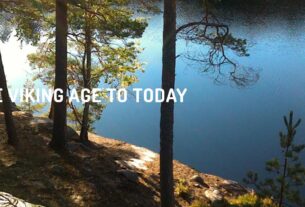 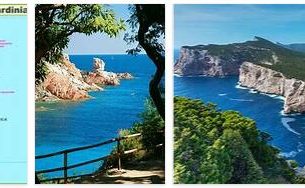